I ate as much as I could. Amazingly, I haven’t lost any weight yet. Then back to the trail.

January was a very unusual month in New Zealand, weather wise – hot and exceptionally dry. A touch of rain finally arrived just as we crossed Harper Pass and made it to Locke Steam Hut. It continued to rain throughout the night but cleared up as soon as we left the hut.

Another beautiful day of walking in New Zealand. I found the Taramakau River valley especially pretty as we walked along the river bed, speckled with brightly coloured red rock. Despite the rain, the river crossings were easy and fun. 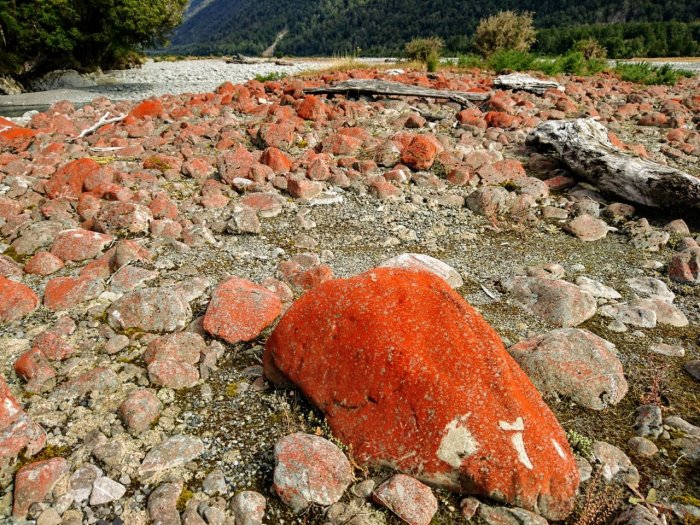 There seems to be some fatigue setting in among our fellow walkers, especially those who also walked the Te Araroa in the North Island. The next section, Deception River and Goat Pass, is one of the most spectacular but also easy to skip. That’s what most of the folks staying in the huts with us decided to do.

You’d expect, then, that we’d have the trail to ourselves. The opposite couldn’t have been more true. The river was abuzz with activity as volunteers for the Coast to Coast race, one of New Zealand’s biggest and most celebrated sporting events, marked the route for the following day. That made it pretty easy to follow. Usually navigation is difficult here. 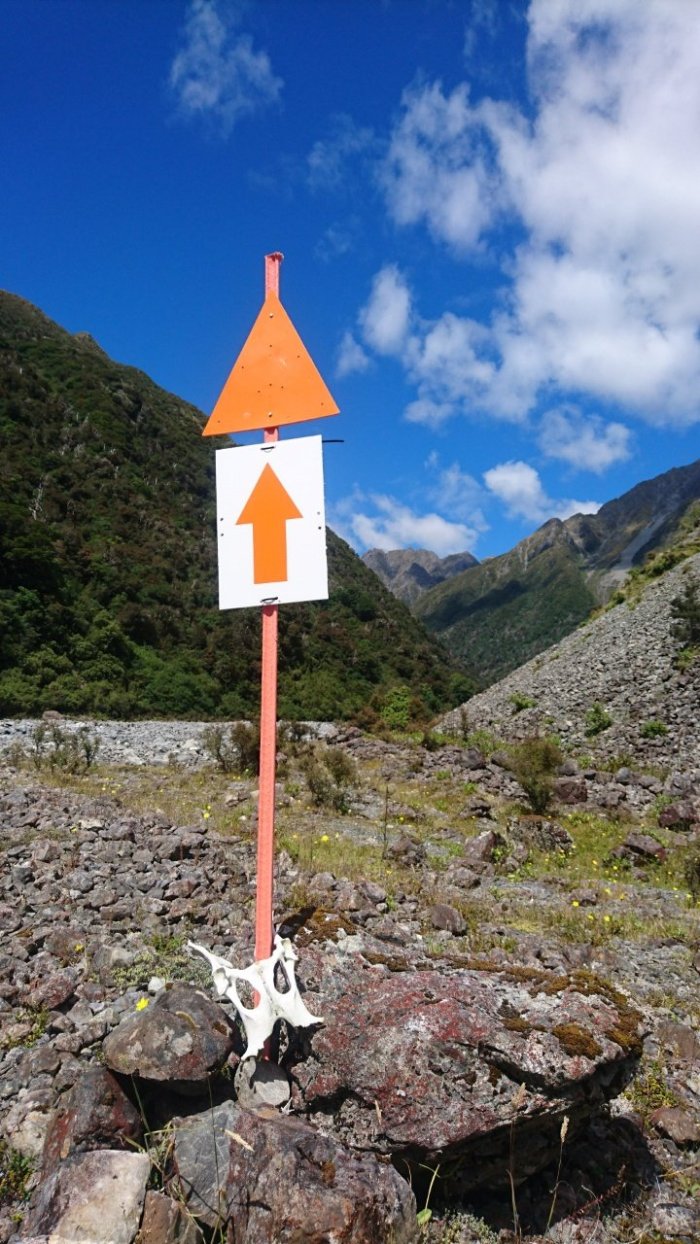 Helicopters buzzed up and down the valley, dropping off supplies and crew. It was all very exciting!

I’d love to stay at Goat Pass Hut one day. It has amazing views. On this day, though, it was packed, so we continued on and camped in the forest.

The following day we walked into the cute town of Arthur’s Pass where I resumed eating as much as I could while watching pre-race excitement build. I’ve never seen so many expensive bikes in one place!

Next up, we walk to Lake Coleridge, the end of the line, as the Rakaia River is too deep to walk across.