The highest point on the Te Araroa

We’ve made it to the highest point on the Te Araroa trail! After Wayne shuttled us around the Rangitata River, we rejoined the trail with some wisps of rain cloud still in the air.

As much as blue sky days are wonderful, I love a little bit of mist and cloud in the air. It gives everything a slightly surreal quality. 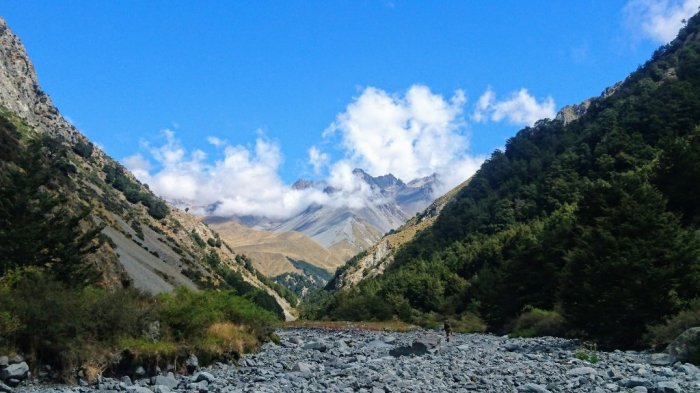 We had a few challenging crossings of Bush Stream, but more of the fun variety, nothing actually scary. Hiking in New Zealand seems to be all about crossing streams and rivers. And then re-crossing them.

The climb up to Crooked Spur Hut was steep but the views back toward the Rangitata River are impressive.

The hut is basic but comfortable. Strangely, two hunters had taken four of the bunks. They were hunting tahr, an endangered Himalayan animal but one that’s a successful invasive species in New Zealand.

The next morning we awoke to dense fog. It rained overnight but stopped by the time we began walking. The tussock grass is so tall, though, we still got quite wet. If you were just a few clumps of grass away from someone else, you could easily miss seeing them, it’s so tall.

Even if it’s hard to see where you’re going in the fog, there’s nothing like that moment when it begins to lift and you suddenly catch sight of the huge mountain landscape around you. 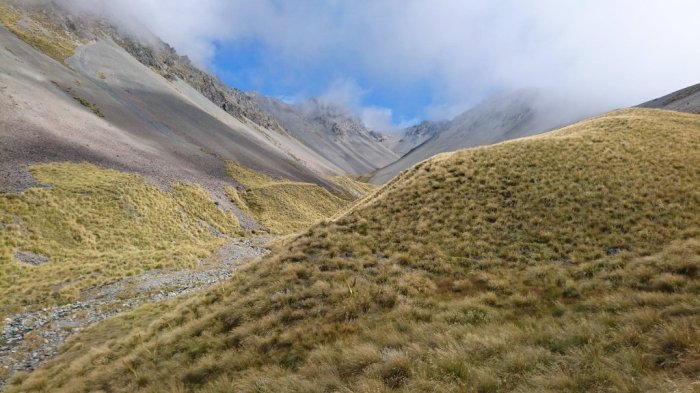 The walk up to Stag Saddle, the highest point on the TA, is actually pretty gentle compared to some of the other climbs we’ve done in the Richmond Range and Nelson Lakes. Still, it felt like a great accomplishment. 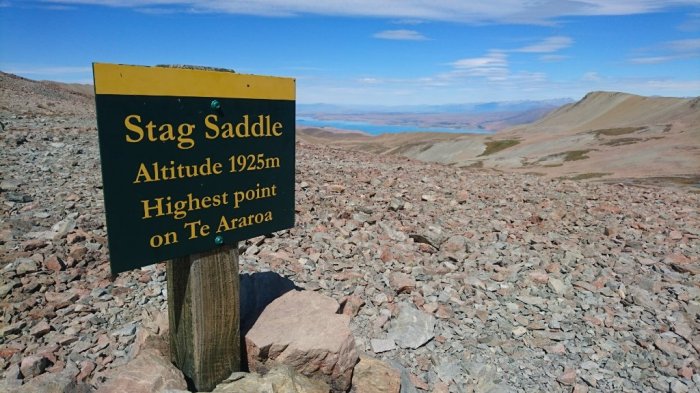 The views coming down from Stag Saddle were spectacular! We walked down a long ridge with clear skies extending all the way to Mount Cook, New Zealand’s highest mountain. Now, this is real alpine scenery.

Along with the big sweeping views, I also noticed some interesting smaller details. For example, take baby spear grass. It almost looks cute, if only I didn’t know it would try to impale me when it got big enough. 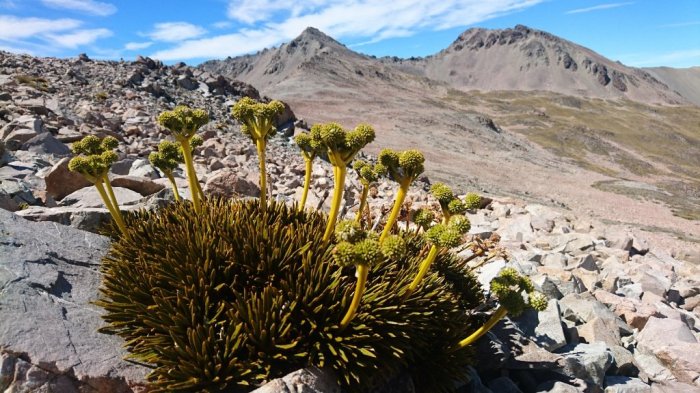 We followed the ridge for miles with fantastic views down to Lake Tekapo. 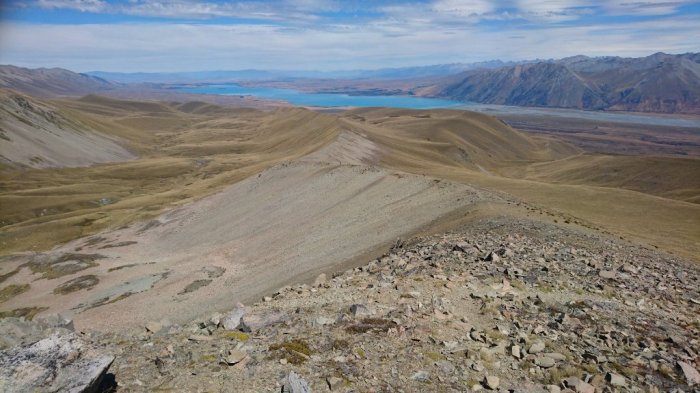 The hut was full when we arrived, so we pushed on for a few miles further and found a great camp spot on a terrace above the Coal River. Sleeping in such a place, it’s easy to imagine you’re the only one around and that this is all yours. And it is, at least for the night. 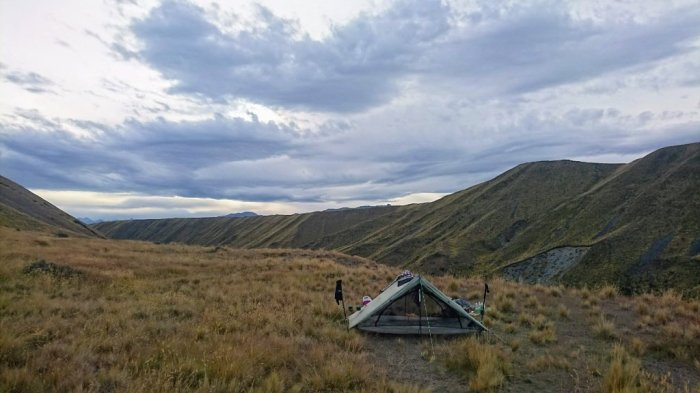 3 thoughts on “The highest point on the Te Araroa”