We Are The Furballs: Singapore’s first dog cafe

Singapore doesn’t just have cat cafes. There’s now even a dog cafe! I was a little skeptical of the concept. Dogs like to run around and make messes and bark. But they can also be wonderfully social and they certainly love attention. We Are The Furballs pulls off the idea quite well.

We visited during school holidays and it was a bit busy but there are enough dogs to go around for everyone. They’re all little dogs, which is probably a good thing. It’s easy to get their attention if you have some treats.

Admission of roughly $10 includes a drink but treats are extra. $3 might seem a bit expensive for such a little bag of treats but it’s probably a good idea, given how quickly the dogs gobble them up. Actually, these dogs are very food-motivated. The corgi knows all the tricks, like how to sneak up and grab a treat when you’re not looking. But she’ll also cuddle with you for a few minutes if she thinks you might have one.

Some of the dogs know better tricks, like high-five and shake-a-paw. I think they get a lot of practice.

After all that excitement, running around stealing treats, you get pretty tired out. 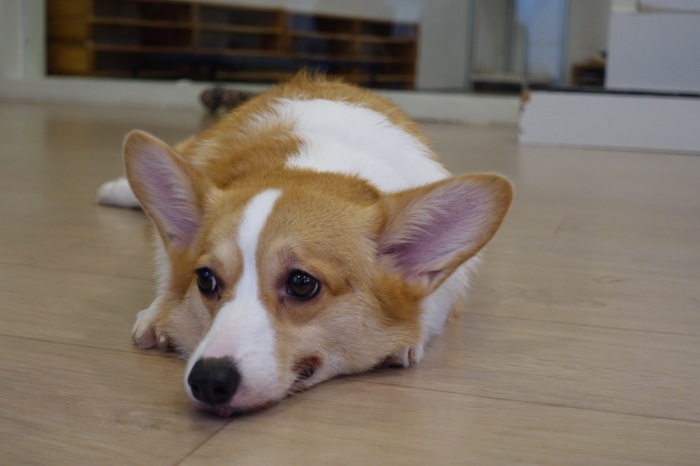 Fortunately, there are nice spots to take a nap and that’s when some of these puppies are at their most adorable.

3 thoughts on “We Are The Furballs: Singapore’s first dog cafe”