Brunei is a tiny Muslim nation on the island of Borneo, mostly surrounded by Malaysia. That puts it about halfway between Singapore and Manila.

The country is ruled by a billionaire Sultan, whose wealth comes from vast oil reserves. We visited as the COVID-19 coronavirus swept across Asia and began to jump to all corners of the world. Luckily, in this isolated place, whose full name means “Abode of Peace”, we felt worlds away from that growing storm.

One of the highlights of visiting Brunei is its beautiful mosques. Muslim culture tends to be quite modest but Brunei spares no expense when it comes to making their mosques beautiful, even extravagant. 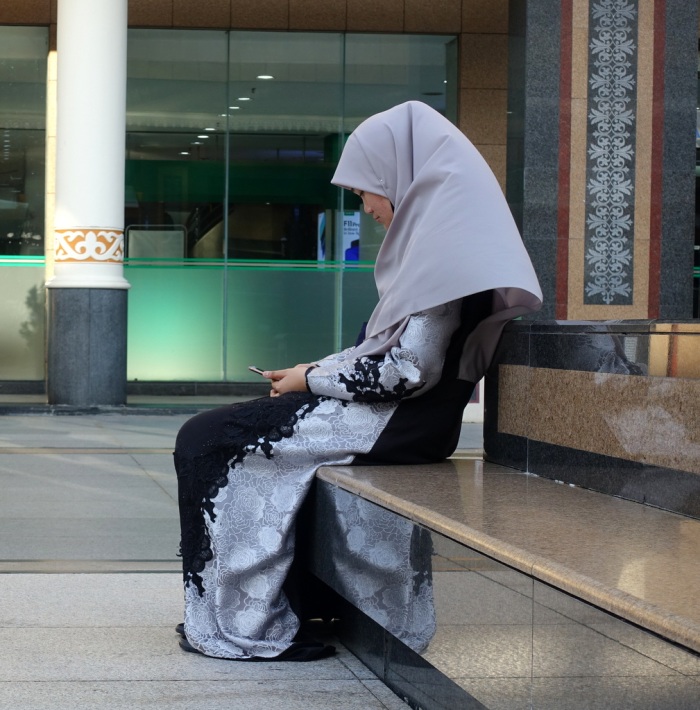 Another highlight is taking a water taxi to search for proboscis monkeys and to visit Kampong Ayer, the largest floating village in the world. We bargained down to B$21 for a few hours of exploring (Brunei dollars are pegged to Singapore dollars, which are roughly equal to CAD).

We saw lots of monkeys playing in the trees, jumping from one branch to another, and even running along the ground. I should get a real camera one day, so I can get better wildlife photos. It was really fun to watch their antics.

Kampong Ayer has its own shops, schools, police stations, mosques, fire departments… everything you would ever need. It’s only a few minutes by water taxi from the main city. We just toured around the village by boat but if I ever return, I’d like to stay at a homestay here. That’s my kind of “over-the-water-bungalow”.

Food in Brunei is an interesting mix of Malay, Indonesian, Chinese, Indian, and Japanese influences. The locals kept telling us we had to spend an evening at the Gadong Night Market. I’m glad we did. The air was filled with the fragrant smoke of grilling chicken and fish. Endless colourful sugar-filled drinks lined the aisles. After spending $10 each, we felt too stuffed to eat any more.

My favourite Bruneian dish is ambuyat. Imagine a bowl of sticky goop that has no flavour at all. You wrap it around a pair of chopsticks until it forms a ball, then dip that into a sauce that’s spicy, sour, and salty all at the same time. Pop that into your mouth and swish it around a bit but don’t chew too much or it will stick to your teeth.

And Durian, of course. Durian is undeniably the king of fruits and also the most offensive. It just stinks terribly. Most hotels in Asia even ban it and if you get caught taking it on the metro in Singapore, you’re in for a big fine. At the market, we found six different kinds. If you’ve tried durian elsewhere in Asia and didn’t like it, be sure to try the native Borneo variety while in Brunei. I found that it has a pleasant orange colour and a sweet flavour without the onion-like aftertaste of more common durian.

On Sunday mornings everyone gets together for a cycling and running event. Some people race but most just enjoy a bit of exercise.

Our culinary experience continued from the night before. Here, a local cooks up fiery fried noodles for breakfast.

I mentioned that Brunei is ruled by a sultan. There’s some controversy because Brunei officially has strict Sharia Law but the Sultan’s younger brother is a famous playboy. He once had a harem of 30-40 girls who he spoiled with all kinds of crazy indulgences like shopping sprees to Singapore with no spending limits. He bought thousands of luxury cars, leaving many of them outside to rot in the humid tropical heat. One frivolous thing he did that we can all now appreciate is build a spectacular residence for his guests that has now been turned into a luxury hotel. Because of the coronavirus scare, I managed to get a room for B$250/night plus tax (compared to the usual $400).

Brunei gets few tourists and those who do come usually stay for only a few days. I wanted to give the country a full week to explore and I’m glad I did. That gave us time to visit Brunei’s national park, Ulu Temburong. If you look closely at the map of Borneo, you’ll see there are actually two separate parts of the country with Malaysia in between. This second part gets even fewer visitors than the capital.

To get there, first we caught a speedboat that winds and twists its way through rivers and across a broad bay.

After debarking from the speedboat we caught a taxi about as far as we could go then arrived at another boat. This one is a narrow longboat and our driver couldn’t have been more than 15 years old. He expertly navigated us upstream through rapids so bumpy and rocky I was sure we would flip.

There’s really only one place to stay in Ulu Temburong national park, Ulu Ulu Resort (interestingly, our guide said, “Ulu” means “upriver” so “Ulu Ulu” means “the back of beyond”).

Ulu Ulu is usually booked solid by Chinese tourists. Amazingly, we were the only two guests for both nights! What a fantastic window of opportunity. We really appreciated our solitude in this wild corner of the Borneo jungle.

It isn’t cheap. For two nights we paid B$975 but that includes everything – transportation, really good meals, and a guide to point out all the venomous creatures.

After a night walk to search for frogs and snakes, we woke up early to climb the 1000+ stairs up to a canopy walk, installed by Shell. I was soaked in sweat by the time we reached the top but enjoyed the cooler air up high and the gentle breeze above the trees.

The sun slowly rose, bringing the forest to life. Cicadas began to sing and hornbills soared through the air, far below. What a magical place to have all to yourself. 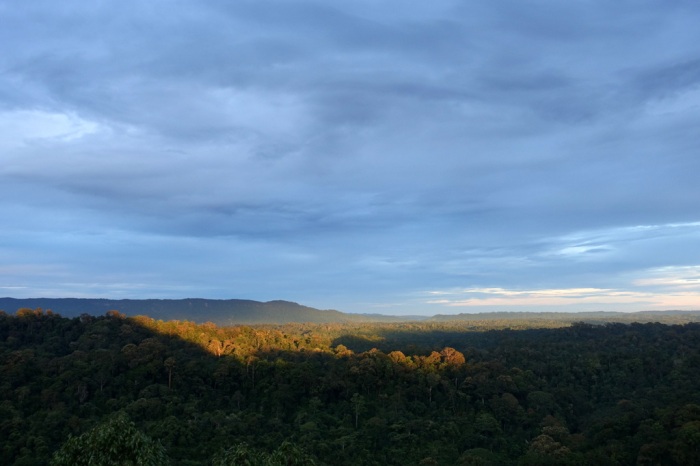 I really enjoyed visiting Brunei. Many other travellers say they get bored or that 2-3 nights is plenty but I’m quite glad to have spent a full week. I can even imagine returning one day after exploring so many of the other wonderful places still on my wish-list.